A New Club on the Wairoa
Until 1992, opportunities for rowing in Tauranga were limited to the waters of the Harbour. There was a demand for people to row competitively, recreationally and socially away from the harbour waters, where rowing was mainly restricted to morning trainings. Aware of this demand, along with a passion for rowing, four dedicated individuals decided to set up a new, independent club.

The club started on the Wairoa River in October 1992, with limited resources and funded solely by the founding members. The founding members were Ted Phelps, Albie and Lorraine Sands, Geoff and Peggy Town and Aat and Magda van Dyke.

The Boat Shed
1994 saw phenomenal growth in both club membership and resources. Community support was shown through significant grants obtained from Trust Bank Bay of Plenty, the Lottery Grants Board and by funds raised by members. This enabled the building of a large boat shed on land leased by the club adjacent to the Wairoa River. The shed made the club totally self-sufficient in housing all its boats and training equipment. 1994 also purchased a double scull and coxswains equipment funded by members.

In 1999 the Club purchased the land and at the same time the boat shed was extended to double its size. This venture was funded by debentures from committee members, a grant from Lottery Grants Board and many hours of volunteer labour.

Membership levels have remained constant at around 60-70 over the years. A renewed interest in rowing is reflected in the number of new school and recreational rowers who have joined the club over the past years. In the Club’s short history there have been quite a number of NZ representatives in the younger age groups. The club now has a broad cross-section of members ranging from the competitively focused school and club rowers, through the recreational rowers of all age groups, to the master rowers who enjoy combining fitness training with competitive activities. 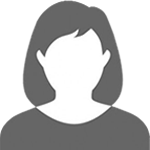